We Are Killing Our Sons

That’s only the beginning of excuses we make for boys acting out. My personal excuse, “That’s Miles.” You see, I have two children: a daughter, who is fourteen, and a son, who is eleven. Now many of you might see that and say, “Oh, the hell starts! Your daughter is a teenager!” I don’t know how many times I’ve heard, “Just you wait,” or some other negative comment how difficult life is with a teenager daughter. And yes, parenting a teenage daughter can be difficult, but not nearly as it’s been to parent my son.

My son’s entire childhood has been one of struggle. He is sensitive. He is hyperactive. He is willful and obsessive and energetic and…and…and. At one point, I was getting calls from school at least three times a week because of his ill behavior. And what was my response? “What has he done now?” Or to him, “What now, Miles?” I even got an official diagnosis of ADHD from a pediatrician so his teachers and administrators and anyone else working with him would cut him some slack. And honestly, I did it so I could give him a break. I still remember one time where he’d been seriously injured by a couple of younger girls at school, and because they were smaller, defenseless, young girls, the first thing I said to my son when hearing of it was, “Are you proud of yourself?” In my defense, the principal of the school had just come to tell me how the entire incident was his fault, so of course, my default reaction to a son who has spent his entire life getting in trouble was to assume she spoke true.

She didn’t and I still regret looking at my son, who was upset and hurt and in pain, and blaming him.

But it’s not just me. It’s what we do. We blame the boys. Why wouldn’t we? Don’t we live in a patriarchy? Don’t they have all the power? Aren’t they the stronger (physically) sex?

My son said he hates social studies. Why? Because he is a white male. At eleven years old he said he feels so guilty in social studies that he wants to stand up and say, “I’m sorry.” He wants to shout out to the entire world, “I’m sorry!” My eleven year old son already feels guilty simply for being who he is.

This is part of a bigger problem, only, most of us don’t realize it’s a problem in the first place. And you can’t fix a problem until you acknowledge it. So this is me, acknowledging that this is a problem, and that I am part of it.

Late one evening, I was searching for a book or resource to use to help me with my son. His self esteem was low. He doesn’t feel like he fits in at school. He’s trying to figure out who he is. I wanted to find a way to help him without blaming him for anything. I was done blaming him. I wanted to raise a son who had a voice, a son who could speak up for himself, a son who knew his value. And I found “The Boy Crisis,” by Warren Farrell and John Gray. Discussion of this book requires much more than one blog post and this, for me, is only the start. I mention it because this book made me realized how much my actions toward my son weren’t exclusive to me. My actions are a natural byproduct of the culture we live in. A culture where we are failing our boys every single day. You don’t have to believe me, or take my word on that, the stats prove it. (All of these stats are taken from the aforementioned book, The Boy Crisis.)

Between 10 and 14, boys commit suicide at almost twice the rate of girls. Between 15 and 19, that rate increases to four times the rates of girls and between 20 and 24, men commit suicide five and six times more than women.

Being male is now the single largest demographic factor for early death.

More men in the UK have died by suicide in the past year than all British soldiers fighting in all wars since 1945.

Worldwide, boys are 50% more likely than girls to fail to meet basic proficiency in any of the three core subjects of reading, math and science.

Grades translate into expectations about one’s future. Internationally, girls now have higher expectations for their future careers than boys.

There are so many more, I could not possibly begin to write them all down. I only wanted to illustrate a point: we are forgetting about our boys. We have made so much progress for women’s rights, rights of the LGBQT community, rights for minorities, and so forth, and because for so long, those people for whom we’d been fighting were under the thumb of the patriarchy, that we may have neglected the damage we’re doing to the boys who are simply trying to survive.

I’m a feminist. I actually hate saying that because it shouldn’t be something I have to say. I believe women have equal rights. I believe all human beings have equal rights. That should simply be, a human, not a feminist. And that is the problem, I guess. We’ve yet to achieve equality. I’ve been fighting for women so much, I might have overlooked the fact that I have to also fight for my son. If you read “The Boy Crisis,” you’ll see that the scales have now tipped in the other’s favor. We were fighting so hard, we might have missed the collateral damage. We might have realized that our fight has become so fierce, that our boys, innocent boys, are growing up to be ashamed of who they are.

So yes, I was ruining my son’s life. I was raising him to believe he had to say sorry to everyone, that he had no rights because there were men who came before him (and who are still out there) who took away other’s rights. Too often I thought he was the problem and didn’t realize that the problem was so much bigger than the both of us. But that’s what’s great about problems: once you become aware of them, you can start the process of fixing them.

And that is why I can say I’ve done my son a disservice, because I can see it now. And I also see that I didn’t do it on purpose and that there are many things I did do well. Like…look for ways to help him. And now that I have, I can him turn things around. I can work towards a solution and help my son embrace who he is, rather than apologize for being a boy. I can hopefully help him avoid the stats and stand alongside his female friends and sisters proudly, rather than in shame, or worse, in a coffin. 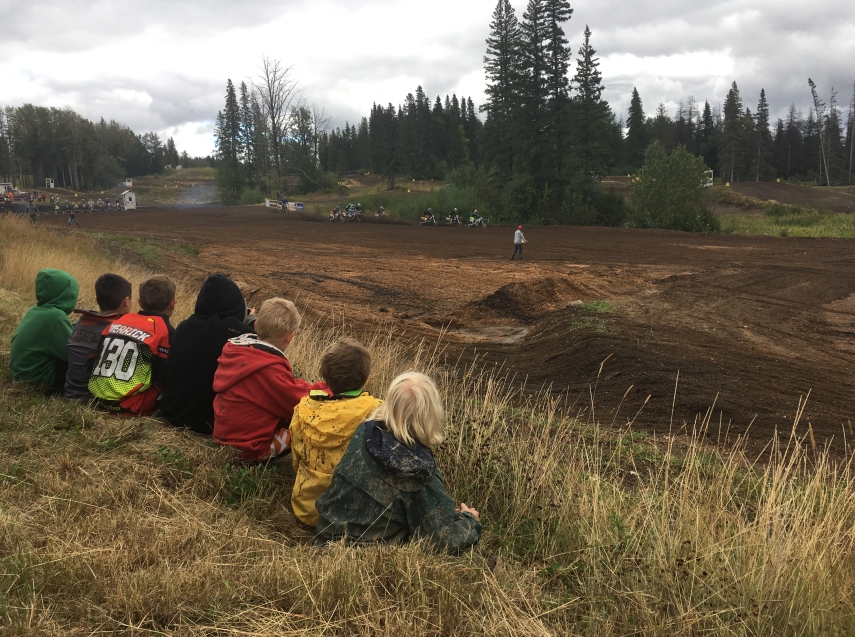