Marriage: What is it Good For?

“What would you do if I weren’t here?”

That is what my husband asks me as he stares at the tower of containers of old/expired leftovers I left on the counter for him.

“Well, obviously I’d throw them away,” I reply. “But you’re here, so I don’t have to.” I grin. He shakes his head, hiding a smile, and I know I’ve won. He picks up the leftovers and begins disposing of them for me.

You see, throwing away old leftovers grosses me out. It’s the smell of them when you open the container, the liquid seeping out of its edges, the mushiness of it all. I hate it. So when a week or so has gone by and no one has eaten said leftovers, they end up on the counter waiting for my husband to come home and deal with them.

“If you aren’t going to do the gross jobs, what the point of having you around?”

He knows I’m joking…mostly. But there’s an element of truth there. Not that I keep him around solely to take out the garbage, throw away leftovers and to wash the shit out of the dog’s ass (yup, that is his most hated job. See HERE.). But I have to say, there is something about being married to this man (this man in particular because he really is quite helpful around the house) that makes my life much easier than if I wasn’t. I mean, if he made my life harder, what would be the point?

My daughter often asks us about marriage and so forth, because we’ve never talked like she should grow up, find a great man, get married and have kids. We’ve been quite frank with her: think long and hard before you get married, IF you ever get married, and don’t do it too early. I think about half the kids in her class do not live with both their parents anymore, so marriage, and why some people stay together and why some people don’t, isn’t exactly a guaranteed thing for her or in our house. (Actually, wait, in our house we have told her it is basically guaranteed. But that’s because, and we’ve been honest with her, if we were going to break up, we would have done it already. I can tell her this truthfully because we almost did, more than once, and staying together is a conscious choice we have both made and are happy with. And also why I can joke with my husband that his entire purpose in this marriage is to do that which I don’t want to do – like anything gross, dirty, heavy, or labor-intensive.)

What I’m trying to say is, isn’t the ultimate purpose of marriage to make our lives easier, to a certain degree? If not, what IS the point?

Back in the day, marriage had a purpose and it sure as hell was not to have and to hold happily every after. Men needed sons to carry their line, and they needed proof that their sons truly were, their own. The only way to prove that his children truly belonged to him and him alone, was to make sure the mother only had sex with him. Obviously, the parentage of the mother isn’t exactly called into question after she’d delievered the damn baby. Now, I know there are other reasons men married, but truly, at the beginning, it was not about love. Wives were property to have and to hold as possessions and the means to continue the family tree. For the most part, it worked out okay for women because as they weren’t true citizens of the world, they needed the protection of a man to ensure their own survival. If you don’t believe me, read the bible. It’s all there.

So, marriage worked for both parties involved (of course, it usually worked out better for the man because he was the one with the rights, unlike his wife, but this is not some feminist argument I’m trying to make. I’ll save that for another time.).

Marriage had a purpose, a means. In this case, spawn for the male and protection and food and a house and all that, for the female. 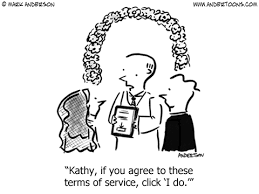 This wasn’t only in the times of Moses and Abraham, Mary and Joseph. This kind of partnership was alive and well until only a few decades ago, in fact, it’s still alive and well. I’m sure there’s many marriages out there that are not based solely on love and attraction. And I know it wasn’t always about owning the woman and her offspring, some people did marry for love, some for money, some for title, some for something else they needed (You don’t believe me? Just read any Jane Austen novel and you’ll see. Matches were made because women needed to be taken care of and men needed someone to take care of their household and their children. Look at the wild west, women needed a man to break the land while the man needed a woman to cook his supper. I could go on for ever here so I’m gonna stop here. I’m sure you get my point.).

Nowadays, women have rights. They can own property. They can earn an income. They can win custody of their children if the husband is beating the shit out of them. Women can make it on their own. And yet, they still get married.

Yes, there’s the romance, the love, the fuzzy feelings. But those aren’t a guarantee, not all the time. Yes, usually the love is there, but so is frustration, irritation, picking up the dirty underwear off the bathroom floor because apparently the laundry basket is just too many steps away. That spark of excitement at the beginning of a relationship tends to dwindle and fizzle. If it didn’t, there’d be no need for romance novels because we’d be living it every single day. And why is there almost always some kind of love story in every single story/book/movie/television show ever made? Because we love the thrill of attraction, the sigh when the guy finally gets the girl (or the guy gets the guy or the girl gets the girl, or the LGBQT character gets the other LGBQT character. Honestly, it’s not about guys and girls specifically, here. In fact, lets just pretend the guy, in this case, is more of the masculine end of this relationship and the girl is the feminine. However these two are formed in your relationship is fine with me. But for ease of writing this post, I’m gonna use guy and girl. If you were born a girl but take on the guy’s role in your relationship, great! I’m good either way as long as you are good with what I write…), that pounding of your heart that is the start of any relationship, the knowledge that they were truly meant to be together and that their happily ever after will start once they finally accept that truth! 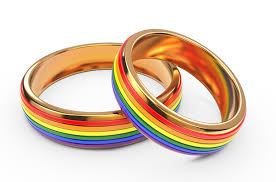 The problem is, those fluttering feelings fade and we are left with the day-to-day of our lives. Mowing the lawn, cooking supper, doing the laundry, and….throwing away the gross, disgusting, leftovers.

So why do we stay? Beyond the love and commitment stuff? If women can make it on their own nowadays, if all the antiquated reasons for marriage are basically moot, why do we still do it?

Because life really is easier when you have someone else around to help you out, a co-pilot. Ask any single parent – it’s hard on your own. Even if you have no kids, it’s nice to have someone there to help with the heavy lifting or to decipher the instructions to that IKEA book case. Yes, sure, you can do the heavy lifting, but sometimes a little help is great, even if it’s only to hold the door open as you carry it through.

For instance, I consider myself a strong, independent female. But really, when it comes to moving furniture, hauling things to the dump, changing a tire, I’m more than happy to play my, “blue job!” card and leave it to my husband. Could I do these things if he weren’t around? Yup. Sure. No problem. But since he’s around and he’s so much better at doing those things than I am, what’s wrong with letting him do it? I have nothing to prove. It’s not like I’m a better woman for being the one to have plumbed the sink. He knows how so he can do it. I’ll spend my time doing the things I’m better at…like…um…buying the kids their Easter presents or forcing him on another holiday rather than becoming a workaholic.

Here’s the thing. All of this started when I was vacuuming this morning. I was pissed off because as I walked through the house I could hear the crunching of dirt beneath my slippers (and no, we’re not disgusting. I vacuumed yesterday. My dogs are sponges who lay outside in the dirt all day long, soaking up the mud, and they hold onto it until they are allowed back in and then they lie down, promptly disposing all the dirt they’ve been accumulating onto my floor. Then the pile of dirt and sand and sometimes leaves and twigs, are dispersed throughout my house until they drive me completely fucking insane and I have to vacuum). Since I’m the one who’s home all day, I’m the one stuck vacuuming it every day. And so, my mind was reeling with the unfairness of it all. These are those moments when I think to myself, fuck it! I’m getting a job somewhere else so the rest of them can come home to their own messes that I did not clean up for them and they can deal with it because I’ll be the one who gets to go off to the blissful world of elsewhere where dirt does not exist, or at least, I don’t have to clean it up.

But then…as I vacuumed around the kitchen chair I saw a puddle. A puddle of what you ask? Aren’t your kids potty trained, I mean, they are 9 and 12. Of course they are! It was a puddle of puke. Dog puke to be exact. Except, it wasn’t like a puddle as much as the dried out remains of something (trying to justify not actually cleaning it up by making it seem less revolting than it actually is). There was  smear of yellow on the floor and two large, solid chunks in the middle. I approached it and just as quickly pulled away. I couldn’t do it. My dogs have been digging in the mud for days finding mice and chunks of deer (hey, I’ve decided my blog has to be honest. You don’t like it, well, you can always hit the back button and continue pinteresting ways to get your windows sparkly clean or to clean the blood off clothes or whatever it is you do on that site), which they obviously then regurgitate once they come in the house.

I tried to approach this pile of disgustingness many times. I really did. But every time I did I started to gag until finally I realized, it’s just not worth it. Jake will be home eventually.

And it is moments like this where I am really, truly grateful to be married. I’m not kidding. I love my husband, I really do, but I extra love him when I know I can leave a smear of regurgitated mouse on my floor and he’ll clean it up when he gets home. Not happily, of course not, he’ll again ask me what I would have done if he weren’t here. And I would have smiled and said, “but you are. And that’s why I love you,” while I hand him the paper towel.