On September 22, 2015, the Independent Press in the UK posted this picture.

Brutal, isn’t it? A tiny boy, dead, washed up on shore. A refugee, part of a group of 11 Syrian refugees trying to flee the horror that was their home.

This picture was on the front cover of newspapers and magazines, the talk of radio and television programs. It was fast becoming the photo of the year, if not the decade. And you know what? This is the first time I am looking at it.

How is it that the most talked about picture of the year came out nearly two months ago and I am just seeing it now?

Because I didn’t want to see it.

Who wants to see a picture of a dead child? No one in their right mind, as far as I’m concerned. I sure didn’t want to, because it would make me uncomfortable. It is making me uncomfortable now as it sits there on the top of my screen. I could have posted it to this article when I was done, to avoid the time I’d have to see it, but I won’t let myself. I am forcing myself to see this poor boy who is a lesson for all of us.

They say a picture speaks a thousand words. But only if you see it. And it is so easy not to see it.

This photograph is sure to be part of the next collection of “Photographs that Changed the World.” There is no doubt that in the countless magazines that will be on the shelves soon, the “Year in Review,” editions, this photograph will be found. Just as so many other photographs have been in past issues. Photos of war and suffering, of victory and defeat, of protest and suppression.

This photograph was in the Life Magazine’s 100 Photographs that changed the World.

When I saw this picture I thought, wow, I can’t imagine what it would be like to be that woman in the back, to be Hazel Bryant (wide open mouth), screaming hateful words to Elizabeth Eckford as she bravely walks the gauntlet of white students on her way to her high school, which had just opened its doors to black students after segregation had been outlawed. This photograph is used to show a time of hatred, a time of segregation, where whites openly screamed at blacks because they didn’t want them there. Where they dumped food on them for daring to sit at the same lunch counter as them, as in this photo by Fred Blackwell, of the Jackson Daily News. 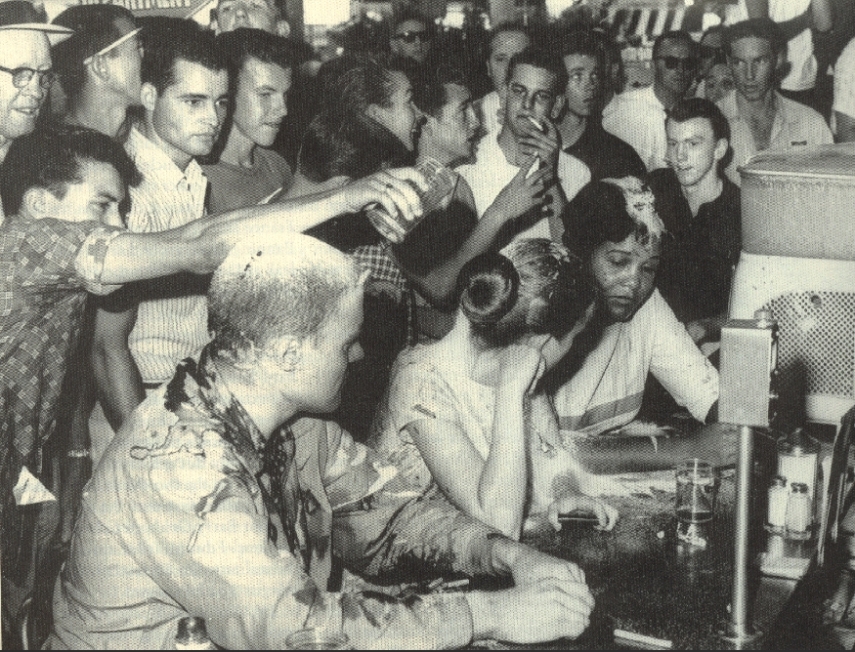 I wonder, looking at these photographs, if those white people in the back, dumping food on their heads, the Hazel Bryants of the world, are proud of their actions. I wonder if they are proud of the role that they played in these moments in history. Because, when I look at these photographs I stop and think about which role I would have played. I like to think I would have been the one to run up alongside Elizabeth Eckford and walk with her to the school, showing solidarity for her and for any other person who was the target of racism and abuse. I would like to think I would be one of the two white people sitting next to the black woman at the Woolworth lunch counter, taking the abuse alongside her because she is a fellow human being, underserving of such treatment.

Don’t we all want to be the heroes in the pictures? The ones fighting for the rights of others? Is there anyone that can look at these and say, “Yeah, I’d be that guy, right there in the front, dumping a drink on that woman because I hated her simply for supporting someone of a different skin color.”

How many words do these photos speak? The pictures that instill such a sense of horror, a horror that such a thing could have occurred in our society, in our civilisation? 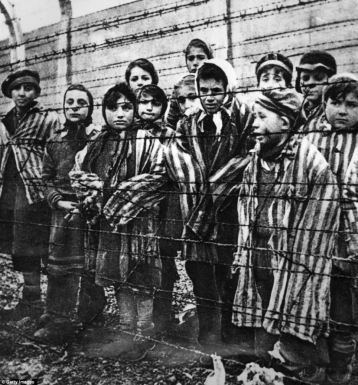 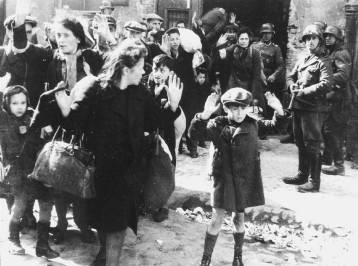 Pictures that depict a time where millions of innocent people were annihilated for simply being who they were. Do they make you wonder what you would have done in that situation? Because I know, when I look at them, that I could not possibly have been the one holding the trigger, ready to shoot an innocent man in the head so he falls into the grave containing so many of his brethren. I would not be the one rounding up the boys, holding guns to their backs as they are forced away from their families, onto trains to the gas chambers.

And yet, it is easy to look at this in retrospect, as one far removed by these events and say I would have done the right thing. However, it is a fact that this happened. These people were killed because of their beliefs and only because of their beliefs. And it is also a known fact that the Nazis weren’t the only ones responsible. The Nazis had help. They were given names of Jews, Communists, homosexuals, and other enemies of the Nazis by, no, not the Nazis, but by the people themselves. It was the French police who rounded up the Jews in Paris and in other parts of the country so they could be sent to concentration camps, if they weren’t shot first. It was neighbors who turned in neighbors. It was the people themselves, the so-called “good guys,” who stood by and watched as men, women and children were rounded up to be taken away, never seen again.

When we look back on history, at moments such as these and countless others, we never think we would be the ones causing the pain, rounding up the Jews, lynching the innocent. How could anyone find themselves capable of such things? And yet, standing by and doing nothing makes us just as guilty. Not wanting to see the photograph, to know what is happening, is just as bad as forcing them into the train myself.

These pictures are evidence of the human capacity for fear. Fear that grows into anger and hatred. Did neighbor turn on neighbor when the Germans took over in WWII because they were simply waiting for a chance to get the Jews out of their country? Of course not. They were afraid. They were afraid of what might happen to them if they stood up against the Nazis. They were afraid of being thrown into the mass graves themselves. The collaborators, the ones that gave up names and turned in resistance members were simply scared and trying to preserve their way of life the best that they could. Protect themselves and their own from danger.

They were racist, they weren’t evil, they were simply afraid. They were good people, just a scared people.

But what of the Hazel Bryants of the world? What of racists and the haters? They too were acting out of fear. They were acting to preserve their way of life. Even if that way of life was wrong, was oppressive, they didn’t see it that way. They wanted to keep things the same and so they fought against change, they fought against what they didn’t know even if it meant hurting others in the process.

And isn’t that what we are doing right now? When the photograph of that little Syrian boy first came out the world cried out to help the refugees. The world was shocked that such a thing could happen to an innocent little being and they called out for a solution. And then Paris was attacked and the world changed its tune. The world screamed, “No! Don’t let them in! I’m too afraid! What if the same thing happens to us?!”

Just look at Facebook or talk to your neighbor, read a petition or even a letter from your MP. You will find that fear, that desperate need to turn a blind eye and escape from the reality of the world.

Fear is normal. Fear is natural. We are afraid of what might happen if we start bringing in refugees. We are afraid to let in that little boy, and so, he drowns. In a way, all the refugees are that little boy, that innocent little boy escaping the horror that is happening in his own world. But here is the thing, when you look at those photos, those photos containing so much hatred and pain and suffering, do you want to be the one that is screaming at Elizabeth Eckert, hating her for being black and wanting to go to your school? Do you want to be the one spitting on those on the other side of the barbed wire fence? Or do you want to be the one fighting for what’s right? Showing solidarity with your fellow human being and sitting down at that lunch counter even if you will be the target of attack?

Are you going to turn in your neighbor and let the Nazis come take them away, or are you going to fight back against evil and help as many as you can, save as many lives as you can even if it poses some risk to you?

Those of you arguing not to bring in refugees, writing letters and signing petitions and trying to keep them out for fear for your own security, are not racists. You are not haters. You are not evil. You are only afraid. But do you want to look back on this time and be proud that you stood up for those in need, or do you want to feel shame that you were too afraid to do anything? Because I can tell you right now, there is no real security. We could all die tomorrow, or in the next hour. You could die on a crosswalk, by a drunk driver, or you could be attacked and raped on the street by your very own neighbor. We have one short, volatile life, and we have the choice to live it in fear or to stand up and change these photographs. We can shut our doors and pretend we can’t see what is happening out there, or we can run out and say we will not stand for the pointless persecution of our fellow human beings.

You can face the photograph and the reality of the world, or you can close your eyes and hide from it, just as I had been doing for too long. But remember, history is not made by those who cower in fear, it is made by those who act despite the fear.